Kahlil Fontana is finally where he wants to be.

It just took about six weeks longer than he thought it would.

Fontana was a late cut from Victoria Grizzlies’ training camp in early September, but after playing his 15th B.C. Hockey League game for the Grizzlies on Tuesday night, the 18-year-old from Duncan looks to have found a permanent spot on the BCHL team’s roster.

It didn’t hurt that the speedy winger potted his third goal since being called up from the Westshore Wolves of the Vancouver Island Junior Hockey League.

“It’s been fun so far,” said Fontana, who had eight goals and 10 assists in 13 games for the Wolves before making the jump to the Grizzlies. “It’s a fast-paced league with a lot of skill so it has taken a bit to get used to the speed but it’s going good now.”

Fontana had a goal and an assist in the Grizzlies’ 4-2 win over the Cowichan Valley Capitals on Tuesday at The Q Centre, bringing his BCHL point total to five. And now the Grizzlies (9-21) and Caps (18-10-3) will square off again tonight at The Q.

“That was fun Tuesday,” said the 5-foot-10, 165-pound Fontana. “I grew up with a few of the players [on the Capitals] so to be able to win that was a good feeling. Now we just have to keep working hard and try to string a few more wins together.”

Grizzlies GM and head coach Craig Didmon has had his eye on Fontana for a while now, and knew it was only a matter of time before the speedy winger made the jump to the BCHL.

“Kahlil has shown true resiliency. The numbers didn’t add up at the start of the year but we always knew we had to find a way to get him on our hockey club,” said Didmon.

“He has a bright future in this league. He has proven he can score and play a gritty 200-foot game as well.

“And I remember when [NHL first-round draft pick Alex] Newhook left at the end of last season, one of the things he told me was to grab Fontana for next season because he’s a great person, teammate and a gamer.”

After growing up in the Cowichan Valley, Fontana moved to the Pacific Coast Hockey Academy out of Belmont Secondary in Grade 9. After a full season with the Wolves last year, he had an impressive training camp with the Grizzlies, but wasn’t quite ready for the BCHL.

“It was tough at first [not making the Grizzlies] but after it sunk in I realized I needed to work on my game some more to get myself up here, because it has always been a goal of mine to play for the Grizzlies, and eventually I got the call and now I plan on making the most of it.

“The puck speed is amazing up here — it’s just on your stick, off your stick — so you have to have your head up and always be ready.”

The Grizzlies have won two of their last four games, including back to back on home ice, and Fontana expects the young team to collect some more points sooner rather than later.

“We’ve been through some tough times lately but I can see our game really picking up now so I think we’ve turned the page on those tough games and are ready to get some W’s.” 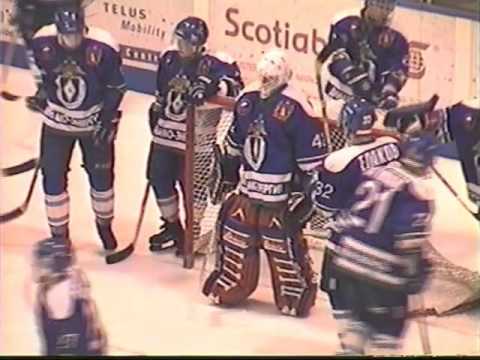